Manilius on the twelve Signs.

Resplendent in his golden fleece the Ram leads the way and looks back with wonder at the backward rising of the Bull, who with lowered face and brow summons the Twins; these the Crab follows, the Lion the Crab, and the Virgin the Lion. Then the Balance, having matched daylight with the length of night, draws ion the Scorpion, ablaze with his glittering constellation, at whose tail the man with body of a horse aims with taut bow a winged shaft, ever in act to shoot. Next comes Capricorn, curled up within his cramped asterism, and after him from urn upturned the Waterman pours forth the wionter stream for the Fishes which swim eagerly into it; and these as they bring up the rear of the signs are joined by the Ram.

What a difference a day makes! 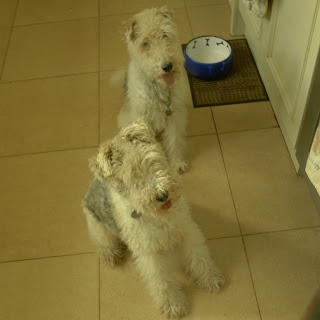 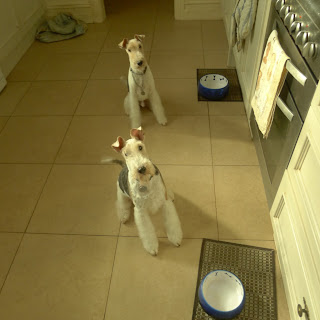 Posted by Unknown at 9:03 PM No comments:

On September 7 German bombers began to attack London every night. One of the first famous institutions to be hit was the Burlington Arcade. Six shops were destroyed on September 10 and many valuable trinkets were buried among the rubble. 'Every ounce of this stuff has got to be sifted,' one shopkeeper said; 'there are hundreds of pounds worth of small articles in it.'
That evening high society fled to the Dorchester Hotel. Among those enjoying the portection of one of London's only concrete built hotels was Somerset Maugham, who had recently been pronounced missing following the Fall of France. At the end of the evening many people were seen settling down to sleep in the lobby. Happily, the grouse served at the Reform Club in Pall Mall was pronounced particularly fine.
The following day five bombs fell on Buckingham Palace, destroying the chapel where Princess Elizabeth had been christened in 1926 and smashing a hundred windows. Queen Victoria's family Bile, in which all royal births were recorded, was rescued from the debris. A police constable remarked to Queen Elizabeth, who inspected the damage immediate after the raid, 'A magnificant piece of bombing, Ma'am, if you will pardon my saying so.' The Queen welcomed the damage: 'Now,' she said, 'I can look the East End in the face.'
On September 22, David Niven, a Captain in the newly-formed Commandos, was married to Primula Rollo, the grand-daughter of the Marquess of Dwonshire; he had met her at the Cafe de Paris in Coventry Street (later destroyed with considerable loss of life). During the wedding ceremony, in a small church on the Wilktshuire Downs several sheep strayed into the nave. At the end of the month a bomb fell on the London zoo and a zebra escaped and raced across Regent's Park in the direction of Broadcasting House, hotly pursued by the Secretry of the Zoo, Professor Julian Huxley. He coaxed the animal back into its cage, where he was 'wedged into a corner with its hand quarters six feet from my face.'

Posted by Unknown at 7:29 PM No comments:

I think you'll find this interesting - everybody does!

Hi gals and guys!   Remember a few weeks ago I told you about the real meaning of  Many Happy Returns? Well I hinted then  that there are a number of other 'returns' which are related to the planets' movements.   Here's a real honey!!!  The planets, take very different times to complete their journey round the Sun according to their  positions in the Solar System.   SO. . .  once in twelve years, we all experience( this is nothing to do with our Sun sign,) a Jupiter Return.. because  at this time Jupiter comes back to the position it was in when we were born.    Very roughly it takes about a year to complete its journey through each sign.   It doesn't really matter for you to learn what your Jupiter is in, is though this is fascinating and you can refer to my astrology  books or just dis cover more info about the planet's astrological influences on the net.  This motion, is by the way a purely astronomical fact. Therefore when we are in our twelfth year, our 24th 36th  and so on, we are in Jupiter Return years.    So young people when they are about twelve should be particularly encouraged to spend as much time as possible in what interests them most -  usually out of school subjects.  It's good they should enter competitions, take  extra classes  and certainly  practice more -  be it on the sports field the pool or the dance  studio.   Giving constructive praise will be worth while.  At 24 we're usually moving on and often enjoy travel and so on. . .   What ever your situation making an effort in what's important and what you love doing,is always worthwhile at these time.- we often make a bit more money too and above all have fun!   I always say we need to give Jupiter a little push in the direction we want him to go and we get good results!   In 2002 Derek and I had a Jupiter \return as I we both have Jupiter in Leo   We moved to Sydney after over forty years in London, and haven't looked back we bought a lovely house.   AND this year as Jupiter been in Leo again I have been working  hard on a big writing project.  So Jupiter is about to change signs so work out if you are heading for an age that can be divided by twelve -if so make an extra effort. Jupiter will be working for you  from Virgo by the way.   Next time I'll be telling you about the Saturn returns.... Cheers for now -  keep at it - always Julia
Posted by Unknown at 6:24 PM No comments:

On 17 August 1940 the Duke of Windsor became Governor of the Bahamas. He perspired so much that he smudged the page on which he signed the oath of allegiance.
Hermann Goering gave orders for the Luftwaffe to begin attacking England.
The Duke of Bedford died at Woburn Abbey, attended by six nurses and fifty indoor servants.
Woolworth heiress Barbara Hutton gave England ten ambulances, each with her name on it.
Posted by Unknown at 5:56 PM No comments:


Qualities of the sign Virgo   It’s an earthly, cold, melancholly, barren, feminine, nocturnall, Southerne Signe; the house and exaltation of Mercury, of the earthly triplicity.
Places Virgo Signifieth    It signifieth a Study where Books are, a Closet, a Dairy-house, Corne-fields, Granaries, Malt-houses, Hayricks or of Barley, Wheat or Pease, or a place where Cheese and Butter is preserved and stored up.
Diseases   The Wormes, Winde, Cholicke, all Obstructions in the bowels and miseraics, croking of the Guts, infirmesse in the Stones, any disease in the belly.
Kingdoms, Countries and Cities subject to Virgo   Greece, the south part thereof, Croatia, the Athenian territory, Messopotamia, Affrica, the South-West of France, Paris, Hierusalem, Rhodes, Lyons, Thoulouse, Basil, Heidelberg.
Shape and Description   A slender Body of mean height, but decently composed; a ruddy browne complexion, blacke hayre, well-pfavoured or lovely, but no beautifull creature, a small shrill voyce, all members inclining to brevity; a witty discreet soule, judicious and excellently well spoken, studious and given to History, whether Man or Woman; it produceth a care, understanding, if Mercury be in this Signe, and Moon in Cancer, but somewhat unstable.
-          William Lilly, Christian Astrology (1647)
Posted by Unknown at 5:45 PM No comments:

DIRGE FOR THE NEW SUNRISE
(Fifteen minutes past eight o'clock, on the morning of Monday and 6th of August, 1945)

And watch the phantom Sun in Famine Street
- The ghost of the heart of Man . . . red Cain
And the more murderous brain
Of Man, still redder Nero that conceived that death
Of his mother Earth, and tore
Her womb, to know the place where he was conceived.

But no eyes grieved -
For none were left for tears:
They were blinded as the years
Since Christ was born. Mother or Murderer, you have given or taken life -
Now all is one!

There was a morning when the holy Light
Was young. The beautiful First Creature came
To our water-springs, and thought us without blame,.
Our hearts seemed safe in our breasts and sang to the Light -
The marrow in the bone
We dreamed was safe . . . the blood in the veins, the sap in the tree
Were springs of Deity.

But I saw the little Ant-men as they ran
Carrying the world's weight of the world's filth
And the filth in the heart of Man -
Compressed till that heat came soundless, shook the sky
As if in search of food, and squeezed the stems
Of all that grows on the earth till they were dry
- And drank the marrow of the bone:
The eyes that saw, the lips that kissed, are gone
Or black as thunder lie and grin at the murdered Sun.

The living blind and seeing Dead together lie
As if in love . . . There was no more hating then,
And no more love: Gone is the heart of Man.

Posted by Unknown at 7:34 PM No comments: